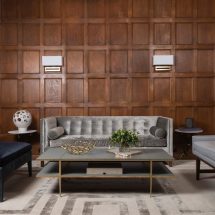 Internationally revered for his beautifully crafted furniture and immense passion for design, the British designer Tim Gosling has collaborated with The Rug Company for a second collection.

Tim Gosling’s latest designs Empire and Deco Border encapsulate the elegance of the Art Deco period, featuring the angular lines, geometric pattern and symmetry which became synonymous with early 20th century design. Both rugs are hand knotted in a luxurious combination of the finest Tibetan wool with silk motifs, in a pared-back palette of muted silver and bronze.

Inspired by the Imperial architecture of the striking 1930s Monument of Marcello Piacentini in Italy, the Empire rug, also available as a runner, reflects the harmonious proportions and balance typified by the era. Gosling says: “The strength and classical simplicity with Italian architecture of the 1930s is fascinating – its direct link to the country’s Roman Imperial past. Its triumphal arches and geometric forms make it a rich area in which to find inspiration.” 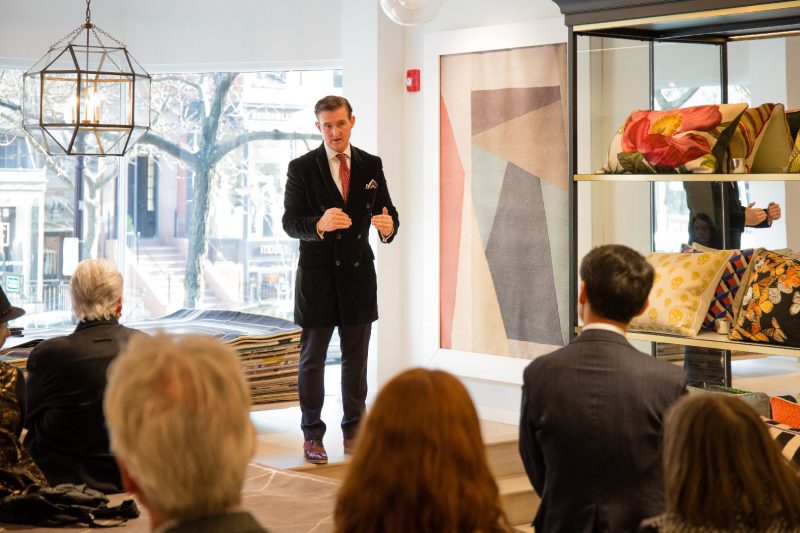 Gosling takes inspiration from the Deco panelled walls of the 1930s for the design of the Deco Border. Classical in its proportions, the rug is characterised by its iconic Art Deco motif; a stepped design featuring rich bronze lines repeated and indented at the corners. On describing his designs, Gosling says: “I particularly wanted to get a silk bronze colour into this rug to work with the interior colours that we are now using and that have become so popular again.” After a series of experiments, our ‘Dye Master’ in Kathmandu was able to faithfully translate the lustrous bronze of the lines into a metallic silk border, recreating the decadence and sheen Gosling aimed to achieve.

In keeping with The Rug Company’s philosophy, the collaboration marries exceptional design and high quality materials with traditional craftsmanship. Each rug has been woven entirely by hand using age-old weaving techniques in our weaving houses in Kathmandu, Nepal. 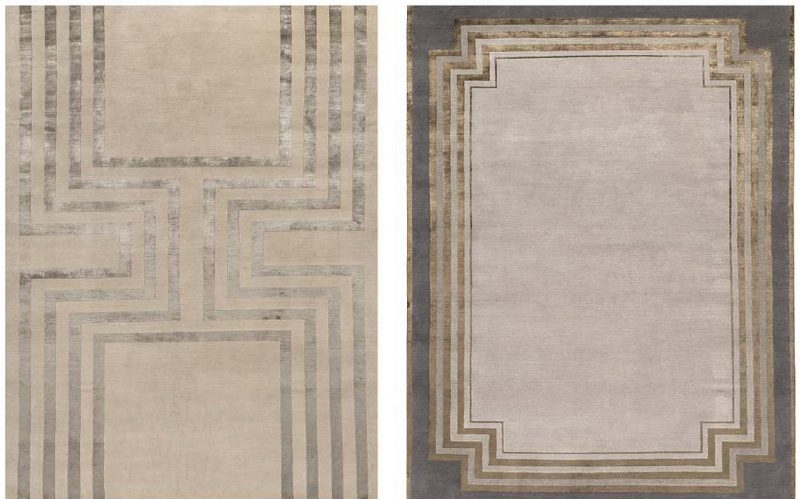