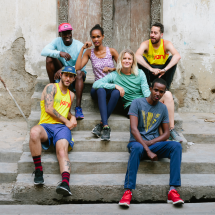 Mike Burnstein and Dave Spandorfer are no strangers to Newbury Street. The founders of Allston-based running apparel company Janji have orchestrated two month-long pop ups in the Newbury Collection in the last year, one during the holiday season and another surrounding the Boston Marathon. Now they’re ready for their longest run on the street yet.

In the coming weeks, Janji will open a brick-and-mortar store at 328 Newbury Street for 9 months. If all goes well, they may become a permanent fixture. “There’s definitely a mixture of terrified and ecstatic” says Burnstein. “I grew up in Boston and have done a fair amount of window shopping on Newbury throughout my youth, so I imagine I’ll feel a good deal of pride and disbelief once I see the store open next to the likes of Patagonia and Lululemon.” 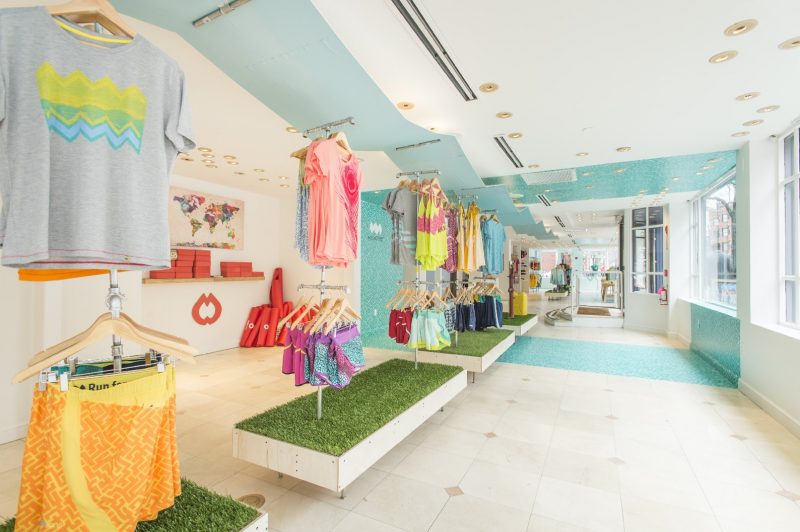 It should come as no surprise that the locally grown brand is deeply rooted in Boston’s running culture. “Boston is without a doubt one of the strongest, if not the strongest, running city in America” explains Burnstein. “We’re absolute die-hards even in the roughest of weather. I think one of the reasons is the sense of community running provides.” It’s certainly not easy to motivate with six feet of snow on the ground.

The strength of Boston’s running community has helped to lift the brand’s visibility. From pop up events to partnerships with local fitness organizations, Janji is undoubtedly a product of the tight-knit running network in Boston. “The giant network of runners in Boston has definitely helped Janji get off the ground, and it’s also helped make me feel personally at home here” adds Burnstein. “We try to do as much as we can to give back to the community that’s given us so much. We want our store to be a central hub for runners throughout our city.”

Giving back is not uncharted territory for the young company. In fact, charity is built into the Janji DNA. Approximately 10% of each sale goes towards constructing, implementing, and maintaining clean water projects in various countries around the world. This season’s sales are supporting Kenya through Evidence Action.

“From the beginning, Dave and I wanted to start a business that could change the world for the better. Running has given us so much, it only makes sense to use it as a vehicle to pay it forward through clean water.” – Mike Burnstein, co-founder of Janji 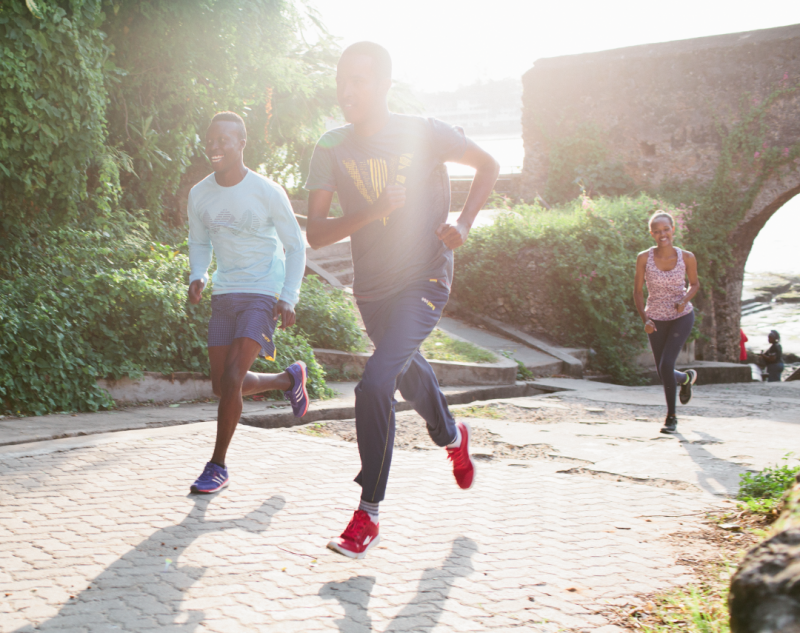 Janji’s Mombasa collection is inspired by the coast of Kenya.

The company seems to embody many of the components that make Boston such a vibrant town: from the tireless ambition of an emerging start-up to its bold, playful designs with millennial appeal. Throw in the fitness forward quality and a philanthropic backbone and Janji has touched on some quintessential elements of what it means to be a Bostonian. It’s only fitting that they landed on Newbury Street – the heart of Boston retail.

The brand’s incremental arrival and growing success suggests Newbury Street has become a fertile landscape for incubating small to medium-sized brands through temporary and experimental storefronts. Take Indochino, for example, a made-to-measure menswear company who first tested Boston waters with its “Traveling Tailor Shop” back in 2013. After substantial growth and a recognition that physical stores bolstered online sales in the market, Indochino opened a store at 85 Newbury Street – recently celebrating its one year anniversary.

The Janji store is located at 328 Newbury Street.