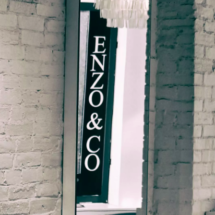 Enzo and Company Makes Hand Sanitizer for Those in Need

Workers at a Londonderry, New Hampshire lab are mixing it up for a Boston based hair salon.

Salon owner John Marchio said his business is “a cosmetic lab and we have permits to get alcohol.”

Normally the lab in Londonderry makes hair care products for Marchio’s Salon, Enzo and Company, that he owns with his brother. But they shifted gears to make hand sanitizer.

“We decided to produce some and give it to people who really needed it,” said Marchio.

It started out small when their salon on Newbury Street in Boston had to close last month. But they remembered they had that alcohol at the lab. They saw a need for hand sanitizer and helped fill it.

“We decided to produce some and give it to people who really needed it,” he said.